A downloadable game for Windows

Short prototype made for Weekly Game Jam 104 'Fix It'.

Guide a squad of four soldiers through a dangerous facility filled with infected. Fix defenses as you make your way through the facility clearing it of all hostiles.

NOTE: Due to a lack of time was unable to get to  implementation of fixing mechanic which would have included defenses like automated turrets. These may be added in the future.

Really cool prototype! I think that you could build on this really well. Feedback wise, character selection was a little tedious. I kept having to move the camera back and forth to select different soldiers. It would be nice if the character selection could be mapped to a key (like 1-4) so that you could cycle through the team without having to go back and click on each individual one. This would also speed up the game and make them move like more of a team. Other than that, it had great atmosphere, was intuitive and played smooth. Good job! Looking forward to seeing what this becomes.

Thank you! I actually already have the 1 - 4 key selection ready for an update so that's awesome to hear!

EDIT: 1 - 4 selection now in the most recent little update!

Cool game! I died very quickly, partially because I lost Bill due to sending him in alone. Really like the atmosphere, and the top down perspective feels almost claustrophobic mixed with the somewhat slow camera.

Would be cool to have a multiple unit select and move like in a typical rts game. Might cause some hiccups with the character to character collision though.

I was able to get through all the way with one character just by running by all the infected, might want to speed them up a bit or put the characters in a situation where they have to fight.

In melee range sometimes my characters would stop shooting, was hard to tell if that was by design or because the enemies were no longer in their "view"

Thank you for the feedback! Definitely would have done multiple unit selection and melee attacks for melee range if I'd had more time. The possibility of running all the way through was something I missed though! 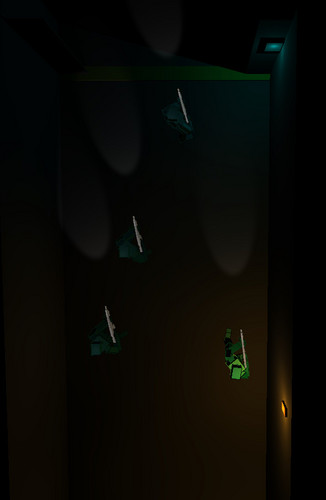 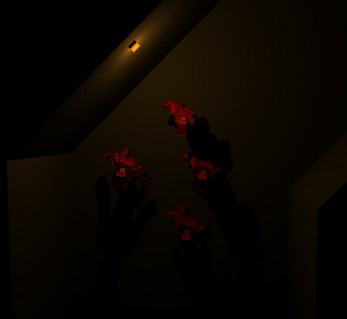