A downloadable game for Windows and macOS

This terrifying experience was originally created in one week for Scream Jam 2018, in which it won Spook Award (Best Game) and Scare Award (Scariest Game).

When Sean's new girlfriend invites him over for dinner, the last thing he expects is a fight for his life! It's the night before Halloween and a new terror is about to be unleashed from the deep web! The Emulator! 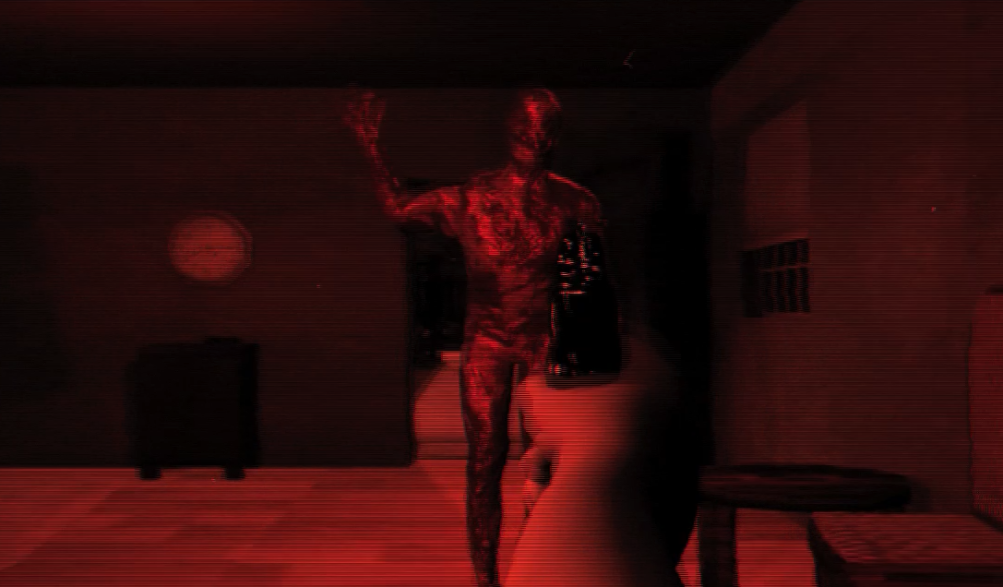 You can get access to another alternate ending, a Concluse 2 Easter egg, and a more authentic resolution in the PSX Edition of the game on our Patreon here. We also offer a number of other rewards at various tiers.

i downlowded every game of yours and it wont let me play :(

Could you explain the problem a little more, what OS are you running and what steps are you taking. I'm not sure if you mean its crashing or if something is happening in the game.

I don't know what to do. the game tells me to search the room and ended up finding some sort of book, but other than that i'm completely stumped. am i missing something? am i supposed to do something about the inventory or something?

I'm french Youtuber, It was a great experience,

I wanted to enjoy this, but any game that makes me restart when I die is really annoying. It's probably not very long. But having to tread through the same starting really kills the mood. The atmosphere is alright, but the music is much too intense for my tastes. I prefer subtilty like there being music for certain moments, or very soft music during exploration. And the killer, whatever it is, isn't scary, and was just annoying, and kind of janky with his weird constant swing, and move animation. I know it's based on the PSX, but there were much better animated games on the system than how this is depicted. I can tell it's generally well made, but just not for me, sadly.

Is there a way to heal?  I took a hit and spent five minutes walking around with bloodstains obscuring half the screen before I gave up.  I love what I've seen so far, but I'm not always the best at avoiding monsters, so I'd love to know if that bloodstain is permanent.

Yes the blood is permanent, but if we come back to The Emulator for a future update I think we will add healing over time. Glad you are otherwise enjoying!

Hey! played your game for my channel

This game comes in at 13:20 , i enjoyed this game for the short time i played it, i will be doing a proper letsplay of it soon for sure..

Enjoyed your video, looks like you had a lot of fun making it! Definitely would love to see a letsplay, be sure to share it here if you do!

Haha glad you enjoyed the video, i will for sure be making a full lets play of it, i felt there was more i could do with it, i was just mmmmm drunk lol :'D when i do the letsplay ill for sure share it with you on here.

I found 2 of your endings! really good game considering it was for Scream Jam with a limited amount of time to make the game!

Thank you! Enjoyed your playthough. I do want to make a point that the game was originally made in one week, after which it was extended from one to four endings including the addition of the back yard, garage, and areas below the basement. Just wanted to be forward that the current version was developed over a span of a month and a half or so. Glad you enjoyed and hope you get the other endings!

I see! That would make sense. I will try to find the other endings! Thanks for watching and this really was a great game!

It was a great experience thank you for the game hope to see more from you guys!

Loved your commentary! I just had the chance to watch the entire video, and do want to let you know there are a total of four alternate endings and we'd love to see you uncover them if you decide to play further :)

Reply
The Bey8nd2 years ago

i got emulated ;P

Haha he is so fast bro, I got kill by him xD

Thanks for sharing your playthrough!

Thanks for checking it out!

Thanks for continuing to bring new content to this great game. I loved the twist and new ending! Keep up the great work.

P.S. It would be nice to not have your view locked in so close to the bear during the ritual as you will see in the video. It felt like I missed watching something as I could hear the candles burning.

(The below video is a complete walkthrough leading up to the new alternate ending along with roleplay commentary from "The Voice". Don't forget to support the developers and if you enjoy the video leave a like and subscribe to our channel for more indie horror games)

Thank you for sharing the playthrough! Yes there is actually a cutscene for the ritual, so I will be looking into why it didn't play. Enjoyed "The Voice" once again!

Thanks for the reply. I’ll be watching and looking forward to anymore updates or anything new you are working on

With the unique commentary you offer,  you create a nice atmosphere that is very suitable for the game. This remind me a lot SCP. A Voice that unrelated with the gender of the person always find a host and call  all of them "Princess", versus a entity which mimic humans to eat them at the end, versus a demonic entity you summon.

Glad i finished this game because it was very scary and kept me on my toes.

Enjoyed your commentary, thank your for sharing your playthrough!

Your welcome you make some great games

struggled a bit ! but the game is great!

Thank you for sharing your playthrough! To get the outside key you can crouch with 'C', and there is an item in the computer room which is also very handy :)

Thank you for sharing here! Enjoyed the playthrough!

Story is pretty loose, could probably remind people of various slashers. Story was built up around the Emulator, which as far as we know is a unique enemy to our game :)

Hey I beat it! Supposedly this video is funny but it can show you what you need to get out!  Ending Cutscene Included!

Good game I liked it! Although there are some things I'd have changed that might make the game just a little scarier. I talk about it at the end of my video!

I really liked this game. I enjoyed what it offere and I like the retro graphics. Great game. I will have to play again in order to escape though.

Thank you for sharing your play through!

The game looks nice and runs pretty well, though I found this more funny than scary. But I enjoyed it none the less. This game was good for the short time it was made in. Nice job.

Thank you. Glad you enjoyed, do want to point out you can crouch to get the key outside. There is also an item in the computer room, and from there numerous items and steps to take to beat the game.

Very spooky and fun game, well done for a game jam. I regretfully failed in the surviving aspect of the game. But I enjoyed the heck out of the experience, I look forward to more stuff from this developer in the future.

Thank you, we're glad you enjoyed!

This girl is freaky kinky but I don’t think her parents approve.. I mean her mom stabbed me in the butt lol XD

Here's Full Gameplay of This Game

Thanks for sharing your playthrough! Do want to let you know there have been a few updates since the version you played though.

Really interesting game! Never been so scared by a box before. Definitely never ordering something from the deep web!

had a fun time watching your playthrough, thanks for playing  :)

Reply
xAnnihil4ti0nx2 years ago(+1)
I enjoyed it!
Reply
T Allen Studios2 years ago

Glad you enjoyed! Thanks for sharing your playthrough!

Glad you liked it!

Reply
DoomTooth2 years ago(+1)
Could not for the life of me figure out how to win but still a good game!
Reply
T Allen Studios2 years ago

Thanks for sharing! Keys to winning the game include using the vents and knowing bathroom mirrors can open :)

Very scary game.  Had the feel of an old PS1 game.

Thank you for the video! It looks like you missed a key near Sarah if you'd like to try again, appreciate the playthrough either way :)

Yeah I figured that haha, enjoyed the commentary!

Here you go! How do I put this lightly...That transforming killer annoyed the ever-loving hell out of me. No joke it took me like idk...2 days to make this video. Not because of the editing, but just due to the fact that I'm not a bright cookie apparently! Still a great halloween indie title!

Thanks for sharing your playthrough! There have been some updates since the version you played, so we hope you'll give it another go with the newest version :)

Thanks for sharing your playthrough! Love your commentary!

Hey Michae! Enjoyed the commentary man, there have been a couple updates since the version you played so we hope you may give it another try in the future :) Biggest thing is probably making use of the vents and knowing that bathroom mirrors can open.

so i revisted this game after finding out that you had updated the game fixing most of the problems i encounter also didn't know the killer can change into a cat and other objects which extremely threw me off ( i couldn't go through  a wall panel at 28:58)

still had a great time playing so im glad i decided to play this game again!

Glad you played again! Ah, yes that is because you have to remove the cover on both sides of that vent (which I know isn't made clear on our end).

"We weren't expecting to be invited back so quickly but we're so glad when we got the call. We had a great time revisiting with our old friends and enjoyed the new twists. Happy Palace  was very thorough in their clean up this time. Looks like we won't be coming back anytime soon. Pity."

(The below video is a complete walk through of the update with the new cinematic ending and "voice" commentary. Don't forget to like the video and subscribe to our channel if you enjoy it and want to see more)

Thanks for the playthrough of the update! Enjoyed your commentary :)

thanks so much! The new key threw me off at first nice job! but was glad to have a reason to play again. Great ending! Can wait to see what you come up with next. 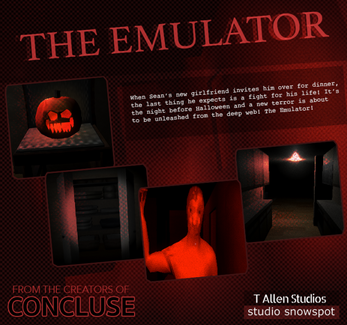 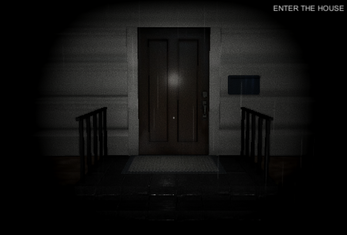 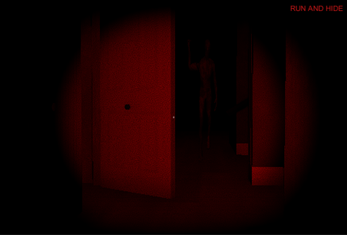 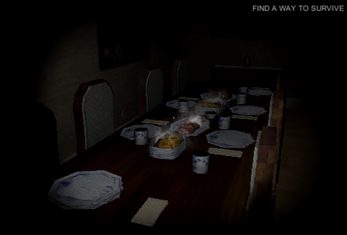 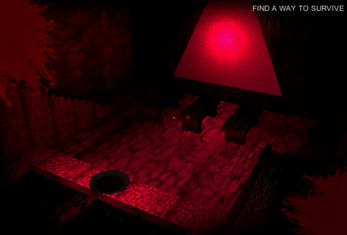 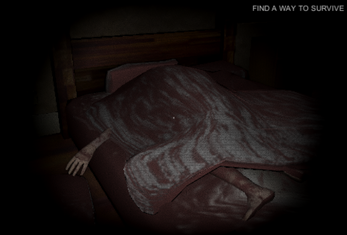